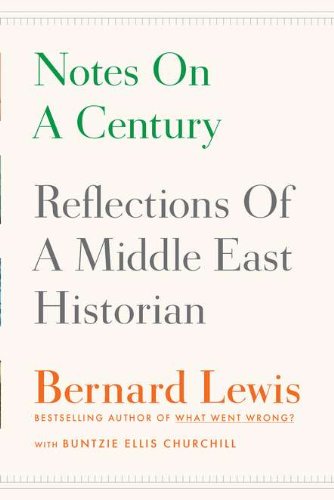 “On the Palestinian side, they’re just watching the destruction on the Egyptian side,” says Mohammed Omer, a Palestinian journalist, describing the scene in Palestinian Rafah. “There is quite tight control. The Egyptian military are controlling across the borderline, which means they [the smugglers] cannot really operate, even if they can operate freely from the Gaza side,” he says.

On the Palestinian side, they’re just watching the destruction on the Egyptian side
By all accounts, the Egyptian military’s current operation has paralyzed the vast majority of the tunnel system. Of an estimated 300 tunnels operating before June 2013, approximately 10 were operating on September 21, according to the UN Office for the Coordination of Humanitarian affairs. The quantity of goods moving through the tunnels is 15 percent of what it was in June.

Jonathan Guyer, in Jadaliyya, looks at political cartooning under Mubarak, Morsi and the military. His very interesting article (based on a year’s worth of Fulbright research) confirms my sense that there was more freedom of expression under Morsi than before or after — not because the Brother’s weren’t authoritarian, but because they weren’t able to impose their control. All those cases brought against journalists and others for insulting the presidency were also the result of the fact that the presidency was getting mocked and criticized as never before.

The most significant change in Egyptian caricature since 2011 is the implicit permissibility of satirizing the president. Nevertheless, during President Mohamed Morsi’s year in office, the same penal code article maintained that “whoever insults the president… shall be imprisoned.” Yet, according to Judge Yussef Auf, it does not clearly stipulate what insulting the president means or what the precise penalty should be.[3] Additionally, nearly seventy other articles limit freedom of expression. These range from prohibitions against “insults” to the parliament, army, courts, and other public authorities, to injunctions against the reporting of false news. Nonetheless, mocking these institutions became a core part of cartooning even in government-run newspapers, in spite of—or because of—these regulations.

The Guardian conducted an investigation into working conditions at construction projects — some of them related to the 2022 World Cup — in Qatar. And what they found is deeply disturbing but not surprising if one is familiar with the treatment of migrant workers in the Gulf.

According to documents obtained from the Nepalese embassy in Doha, at least 44 workers died between 4 June and 8 August. More than half died of heart attacks, heart failure or workplace accidents.

• Some Nepalese men have alleged that they have not been paid for months and have had their salaries retained to stop them running away.

• Some workers on other sites say employers routinely confiscate passports and refuse to issue ID cards, in effect reducing them to the status of illegal aliens.

• Some labourers say they have been denied access to free drinking water in the desert heat.

• About 30 Nepalese sought refuge at their embassy in Doha to escape the brutal conditions of their employment.

Last week a Cairo court issued an injunction that seems to pave the way for a new ban on all the Muslim Brotherhood’s activities. Meanwhile, the new constituent assembly is discussing banning all political parties based on religion.

In my latest contribution to the NYTimes’ Latitude blog, I argue that banning the Brothers — rather than really addressing the question of the relationship of politics and religion in Egypt, and of the appeal and contradictions of political Islam — is hypocritical and short-sighted.

The Brotherhood — and other Islamist parties — should have been required to open their activities to outside scrutiny and to commit to basic democratic principles over two years ago, just after Mubarak was brought down. But back then, the ruling Supreme Council of the Armed Forces was afraid of how far the revolutionary fervor might go and turned to the Islamists to help it stabilize the country.

The current legal cases against the Brothers are selective and politically motivated. Serious violence has taken place at the hands of Islamists in recent months — police officers and military conscripts have been killed, churches attacked — but the direct responsibility of the Brotherhood’s leadership for that violence has yet to be proved in court. And while the organization is being tried for inciting violence, in case after case police officers are being acquitted of shooting protesters.

Why is the judiciary only examining the organization’s legal status now? What of other Islamist groups, some of which have more violent pasts than the Brotherhood and hold more odious positions on women or Christians?

The Islamist organization needs to be held accountable, but as part of a broader process of transitional justice. Instead, the goal of Egypt’s interim authorities now seems to be to punish the Brotherhood for getting into power and ensure it never does again. Egypt’s non-Islamist political parties have uniformly welcomed the idea of banning the group, even though that would in effect disenfranchise its hundreds of thousands of members and its millions of supporters.