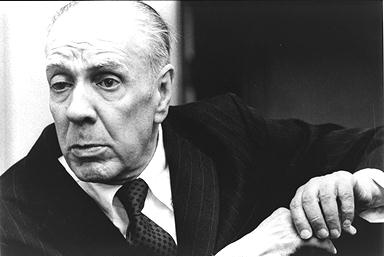 Since the month of June is about to end in a few hours, and I’ve seen little anywhere about it, I’d like to commemorate the 20th anniversary of the death of Jorge Luis Borges, my favorite writer, who died on 14 June 1986.
END_OF_DOCUMENT_TOKEN_TO_BE_REPLACED

Does anyone find it weird that Pope Shenouda III was scheduled to Germany this week for an emergency spinal cord operation — the exact same pretext that Mubarak went to Germany last summer for? The pope’s kidneys are also in bad shape, apparently, and he might be heading to the US for treatment.

Nahdet Misr’s leading article yesterday worries about his health and wonder who would replace him. Valid question — the Coptic pope has been in power for longer than Mubarak himself (since 1971) and has played an overtly political role in Egypt, breaking with long-standing tradition by, for instance, endorsing Mubarak for re-election last September. That controversy also exists within the church, with a monastic tendency that tends to eschew temporal power that has been increasingly at odds — and come under attack — from Shenouda, notably embodied by the followers of Father Matta Al Miskeen and the monks of the monastery of Makarious.

Needless to say, the election of a new pope should something happen to Shenouda would come at an interesting juncture in Egyptian politics, especially when Copts are increasingly disgruntled (and vocal) about the discrimination they endure.

My friend Paul Schemm wrote an excellent article about the roots of this split in the church in the Cairo Times (Volume 6, Issue 39) a few years ago, I might post it at some point when I get back to Egypt.

As I’m blogging now, 3alaa is speaking on MBC, about the bloggers community in Egypt, human rights abuses, prospects for activism in Egypt, and his encounter with the Muslim Brothers youth in detention.
Two released detainees are also to appear on Dream2 TV, Saturday 8pm (Cairo time), together with two Mubrak’s National Democratic Party MPs.
Kefaya activists Ahmad Salah and Nada al-Qassas are to debate political reform against Yehya Wahdan, the former State Security Colonel who became the MP for Bab el-She3reya district (formerly represented by Dr. Ayman Nour), and Dr. Sherin 3abdel 3aziz, Al-Wayleeâ€™s district MP.
The talkshow host is Wael el-Ibrashi.
Ø¯ÙŠ Ø­ØªØ¨Ù‚Ù‰ Ù…Ø¬Ø²Ø±Ø©
I came across an interesting article on Marxism and Terrorism. I recommend reading all of it. I couldn’t help but drawing parallels between the behavior of some of the 1800s European anarchists (discussed by the author in the beginning of the article) and the current Islamist Takfiri groups, especially in their justification of civilian casualties with the no-one-is-innocent approach. If you donâ€™t have time, then just scroll down to the section on â€œTodayâ€™s Islamist terroristsâ€� that tackles Al-Qa3da and suicide bombings. The author argues there’s nothing unique about Islamic cultures that would produce suicide bombers, providing a secular analysis to the phenomenon. END_OF_DOCUMENT_TOKEN_TO_BE_REPLACED
This kind of takes you back to history class, Russia’s perennial search for a warm-water port, the Crimean War and all that:

In early June, the Russian newspaper Kommersant reported Moscow’s decision to establish naval bases in the Syrian ports of Tartus and Latakia. The Russian Defense Ministry officially denied the report, even though more than one source confirmed it.

As part of the plan, the port of Tartus would be transformed into a naval base for Russia’s Black Sea Fleet when it is away from the Ukrainian port of Sevastopol. The Russian plan involves the installation of an air defense system with S-300PMU-2 Favorit ballistic missiles. The missiles have a range of 200 kilometers (124 miles), allow a larger warhead and are equipped with a better guidance system than the previous version. The air defense system would be operated by Russia for the defense of the Tartus base and would provide potential protection for a large part of Syria. Through these initiatives, it is clear that Russia wants to strengthen its position in the Middle East.

END_OF_DOCUMENT_TOKEN_TO_BE_REPLACED

Al-Jazeera reported 10,000 took part in a Muslim Brothers-led demo at Al-Azhar Mosque today, denouncing the Israeli military operations in the Palestinian Occupied Territories. Dr. Mohamed Habib, the Supreme Guide’s deputy, spoke to protestors denouncing US support for Israel.
TODAY, FRIDAY, JUNE 30 (CAIRO)
The Muslim Brothers have called for a demo following the Friday prayers at Al-Azhar, to protest the Israeli invasion of Gaza, and the kidnapping of 64 Palestiniansâ€“including 21 elected Palestinian members of parliament and eight cabinet ministersâ€“by Israeli occupation troops.
SATURDAY, 1 JULY (CAIRO)
-The Press Syndicateâ€™s Council has called for a demo in front of the Shura Council (Egyptâ€™s Upper House), 12 noon, to protest the new press law the government is planning to pass, which the syndicate says does not include any of the reviews and amendments it requested (repeating the same scenario as the new judicial authority law).
-The national forces have called for a demo at the Press Syndicate, 7pm, in solidarity with the Palestinian resistance, followed by a conference, featuring Nizar Rayan, member of Hamasâ€™ politburo in the Occupied Territories, Fathi Hammad, Palestinian Legislative Council member, and Palestinian leftist writer Abdel Qader Yassin.
SUNDAY, JULY 2, (LONDON, UK)
A group of young Egyptian professionals and students living in the UK are coming together in attempt to find answers to a troubling questionâ€¦ Egypt’s Future: Bright or Bleak? Come and voice your opinion, 6 pm, Central London. If you’re interested in participating and for the venue address please contact Inas Ismail on: inas_ismail-at-yahoo-dot-com, or +447811166700
MONDAY, JULY 3 (CAIRO)
Kefaya and socialists are meeting with labor activists to strategize for the August national labor union elections, 7pm, at the Center for Socialist Studies.
The US supreme court directed a blow to Bushâ€™s â€œwar on terror,â€� ruling today against the administrationâ€™s plans to prosecute Gitmo detainees in military courts. Already, the US president is in terrible unease about the islandâ€™s gulag, which has been denounced by virtually all rights groups across the globe as well as well as Americaâ€™s own allies. He expressed in Vienna this month his desire to close it down during a summit with EU states. END_OF_DOCUMENT_TOKEN_TO_BE_REPLACED
The Arab Center for the Independence of the Judiciary and the Legal Professional (lovingly known by its user-friendly acronym ACIJLP) has sent out its critique of Egypt’s new judicial authority law approved by parliament on Monday, saying that while an improvement in some respects it is still lacking in 12 ways. These criticisms echo what the Judge’s Club has been saying, i.e. that they are not satisfied and will continue their struggle for more independence. The question is of course in what way? There were talks of strikes previously, but it’s hard to imagine the judges going out into the streets again.

In other judicial news, a new president of the Cassation Court has been appointed to replace the pro-government Fathi Khalifa. His name is Mokbel Shaker, but I don’t know anything about him. (Baheyya?)

Update: A reader wrote in with some information on Shaker:

If you ask reformist judges and their supporters, they would certainly consider Muqbil Shakir a pro-regime figure. He’s not the most vicious, but for that reason they might see him as a bit more formidable. They would certainly view him as emblematic of the regime’s capture of the judiciary (and actually not just emblematic, but a critical figure on a very practical level as well). Of course, if you ask the pro-regime party in the judiciary–which used to dominate the Judges Club but got tossed out a few years ago–the reform party in the judiciary is not seeking reform at all but only al-Gazira TV cameras and Al-Misri al-Yom headlines.

Who is right? Well, I think that both sides have some of truth on their side. Base motives are certainly involved. But I think this is not just about egos. The core issue is whether the Egyptian regime is an enemy of judicial independence or a supporter of it. While I incline more toward the analysis of the reformers on this question, I have to admit that it is a more complicated issue than may first appear; it depends a lot on your time horizon and your vantage point for comparison. I should add that there are some tactical differences as well–whether it is best to pressure quietly or confront publicly.

Muqbil Shakir has been a key figure in this struggle–caught up in early efforts to press the regime hard back under Nasser and now a key figure in the more conciliatory approach. He was a young member of the Judges Club back in 1969 and was dismissed along with the other rebels at that time (in the infamous “massacre of the judiciary.”) Like most of the dismissed judges, Shakir was rehired in the Sadat years. I don’t know much about his career in the 1970s and 1980s, but he continued to be active in the Judges Club and was elected president of that body, I think in 1992. He served for much of the rest of the decade in that position, I think. He came to lead the faction in the Judges Club that was far more reluctant to confront the regime. Their basic attitude seemed to be that an overly confrontational policy would politicize the judiciary and that most of what they wanted could be achieved through quiet lobbying. And the Judges Club did get much better conditions for judges under his tenure. They do see the warts in the regime, but their point of comparison is past regimes and others in the region. And they point not only to better salaries but also to real improvements in judicial autonomy, mainly achieved in the 1980s.

(Note: the above was lengthened at the readers’ request.)

The ACIJLP release follows below. Judicial geeks only.

END_OF_DOCUMENT_TOKEN_TO_BE_REPLACED

In which he discusses (with editor Ghassan Charbel and Damascus bureau chief Ibrahim Hamidi)Syria’s relationship with Jordan, Egypt’s negotiation of behalf of mini-Hariri, Arab fears of Iran’s growing regional role, growing sectarianism in Lebanon, his willingness to deal with anyone in Lebanon (Aoun, mini-Hariri, Seniora, etc.) except Walid Jumblatt and maybe Jacques Chirac. Although the interview doesn’t make earth-shattering revelations, Bashar handles it pretty well overall.

This is part one, and in part two (not yet online) he apparently says there’s a growing Al Qaeda presence in Lebanon.