Take a look at this demo of software used by counter-terrorism analysts to track down individuals and their relationships – the example they use is with a religious charity and individuals in Maadi. And they pronounce Maadi in a funny way.

Egyptian police announced Wedneday they had arrested more than 550 teenagers suspected of sexually harassing girls outside schools in several Cairo districts in a single day. The culprits were awaiting interrogation and trial Thursday.

The police launched an extensive clampdown targeting stores and internet cafes near schools. Security forces raided six internet cafes that did not have permits, and another five that played pornographic videos for truants, according to a statement issued by the Cairo Security Department on the day of the crackdown.

After many families complained about girls being targeted outside schools in several neighborhods the head of the Cairo Investigations Bureau, General Farouk Lashin, launched a campaign against sexual harassment, an interior Ministry source told AlArabiya.net.

The source, who spoke on condition of anonymity, added that most of the harassers were between 16 and 18 years old.

According to the source police launched an earlier campaign that resulted in the arrest of almost 300 people for harassment in Cairo streets.

And I’m sure these arrests have nothing to do with the fact that Egypt has become so synonymous with sexual harassment that it’s become a major topic of discussion in newspapers, the topic of travel warnings in foreign newspapers, and of course that it’s reached the ears of a certain First Lady.

The authorities are serious about making sure that boys behave themselves? Great. But this looks like the random arrest of the first youths that came across zealous officers, probably many of them the usual suspects who get arrested every time there’s a crime in their neighborhood, and this will be a one-off action on the part of authorities that won’t ever be followed through with awareness campaigns and a more consistent to preventing and punishing harassment. I hope to be proved wrong on this, but I won’t be holding my breath.

You may have heard that since yesterday, Google has been hosting images from Life magazine, the classic American newsmagazine that defined modern photojournalism. You can just go to this Google page and search the archives, or just add the words “source:life” in your normal Google Search. Life appeared as a weekly between 1936 and 1972 (and as monthly thereafter until 2000), so it’s a great resource for fantastic pictures from that era.

Here are a few I found this morning, focusing on Middle Eastern leaders and historic events. Captions come from Life, click on the picture to be taken to the page with full info. 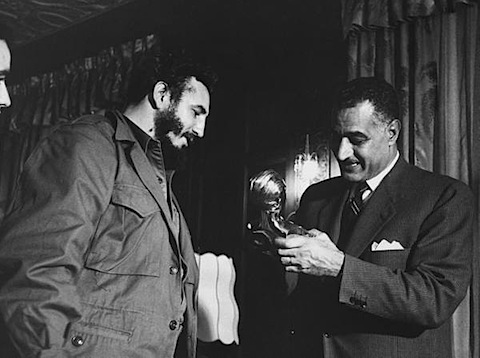 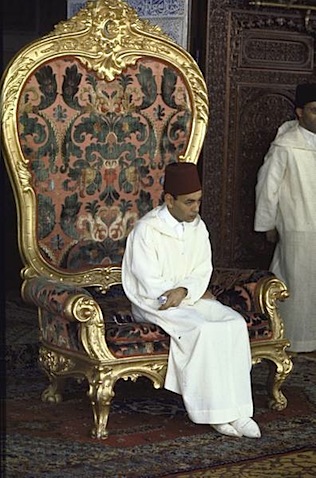 King Hassan II sitting on the Royal Throne during the ceremony of his installation (coronation) as King of Morocco, 1961. 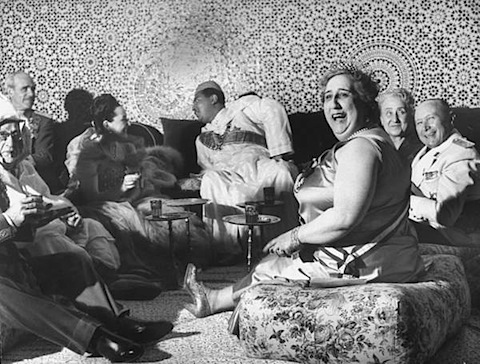 Caliph of Spanish Morocco, Muley el Hassan (C) talking with the Spanish Duchess of Montpensie during the wedding banquet for his marriage to Princess Lal-la Fatima of French Morocco, June 1949. 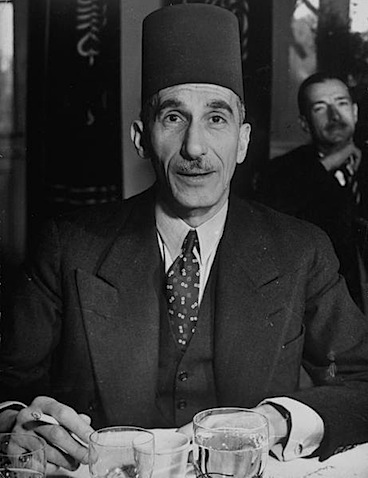 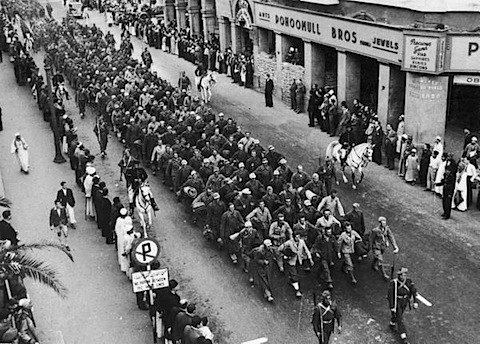 Large group of Axis prisoners taken in the desert fighting in Libya are paraded through the city under armed escort of Scottish troops and mounted Cairo policemen, May 1942. 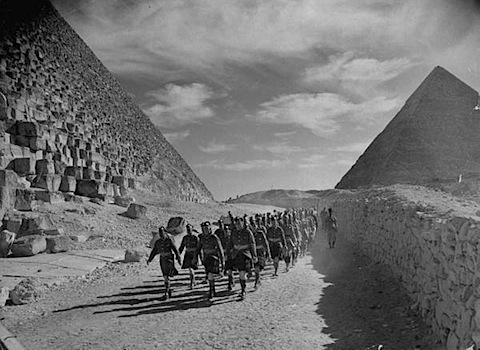 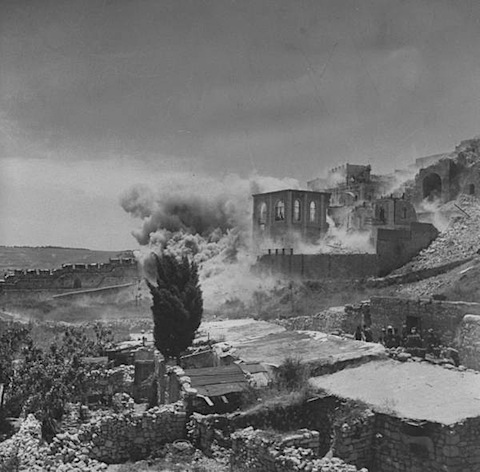 An explosion blasting a path in Jewish-held old city after Arabs carefully crept through gunfire to plant dynamite under walls during attack by Arab Legion, June 1948. 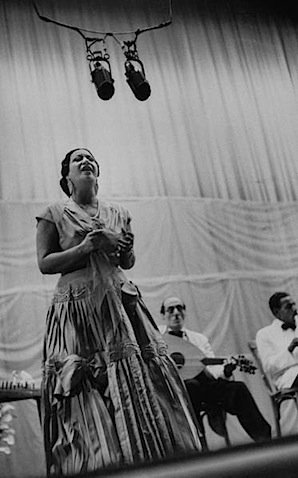 Links from my del.icio.us account for November 19th through November 20th:

In our aaahtts and cultcha sub-blog, Ursula reviews the reviews of books reviewed by reviewers themselves reviewed in the works they are reviewing. Read it and become instantly smarter, dazzle your friends, confound your enemies.

The map above is a part of a recently released world map that shows, in blue, the presence of the underground water. I’ve cropped the part that shows the Middle East and North Africa. The part that are shaded in red show aquifers that have been infiltrated by seawater, i.e. where the water salinity is high. This may be for different reasons, although generally (and specifically in Egypt’s case) it is because overuse of underground freshwater is drawing in seawater.

Links from my del.icio.us account for November 18th through November 19th:

Links from my del.icio.us account for November 17th through November 18th:

This week, I’ve come across two newly published overviews of Arab culture–one dealing with literature and one dealing with contemporary art. This is a long post looking at reviews of both.

“A Brief Introduction to Modern Arabic Literature”  (published by Saqi books) is reviewed in the Al Ahram Weekly by Denys Johnson-Davies. The book is by David Tresilian, a literature professor who has lived in Cairo and written for the Weekly, and has been at the American University in Paris since 1999, in the English and Comparative Literature Department (he does not appear to be a specialist in Arabic literature). Color me cynical, but given that Tresilian has a relationship with the Weekly and that his book highlights many authors that Johnson-Davies himself has translated, I’m not surprised the review is a positive one.

While several books have been written that seek to give the ordinary reader a background to the Arabic novels that are being made available today in English translation, none does the task better and more entertainingly than David Tresilian’s A Brief Introduction to Modern Arabic Literature.

I found the review interesting, mostly for the insight it gives into the thoughts of one of the most established and prolific translators of Arabic literature. END_OF_DOCUMENT_TOKEN_TO_BE_REPLACED